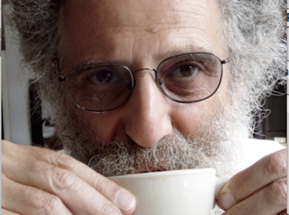 David Grahame Shane studied at the Architectural Association, London (AA Dipl 1969), and at Cornell for an M.Arch (Urban Design 1972) and an Architectural and Urban History PhD (1978) with Professors Colin Rowe and Chris Otto. He taught at the AA in the 1970’s for Alvin Boyarsky and at Bennington College, before starting at Columbia in the 1980’s, in Urban Design since 1991. Since 1999 Shane has participated in the UD PhD program at the IUAV Venice with Professors Secchi and Vigano and was also a Visiting Professor at the Milan Polytechnic. He gave the 1999 Bi-annual Mitsubishi Urban Design Lecture in Yokohama, Japan.

He has lectured widely in Bangkok, Singapore, Hong Kong, Nanjing, Shanghai and Beijing. He has published in architectural journals in Europe, the USA and Asia. Recent examples include Chinese Rapid Urbanization and the Megacity in Cities in Transition (NAi, 2015), A Short History of Hong Kong Malls and Towers in Stefan Als (Ed.) Mall City (2016), Block, Superblock and Megablock in Johnson J. and Brazier C. (Eds) The China Lab Guide to Megablock Urbanisms (Actar 2020). For more information see his website https://www.recombinanturbanism.com/

Shane, D.G “Gardens as Public Space; A Century of Continuity and Change in the Great Bay Area.” In The Emerging Public Realm of the Greater Bay Area. Approaches to Public Space in a Chinese Megaregion, edited by M. Mitrašinović and T. Jachna. New York: Routledge, 2021. https://www.routledge.com/The-Emerging-Public-Realm-of-the-Greater-Bay-Area-Approaches-to-Public/Mitrasinovic-Jachna/p/book/9780367367176